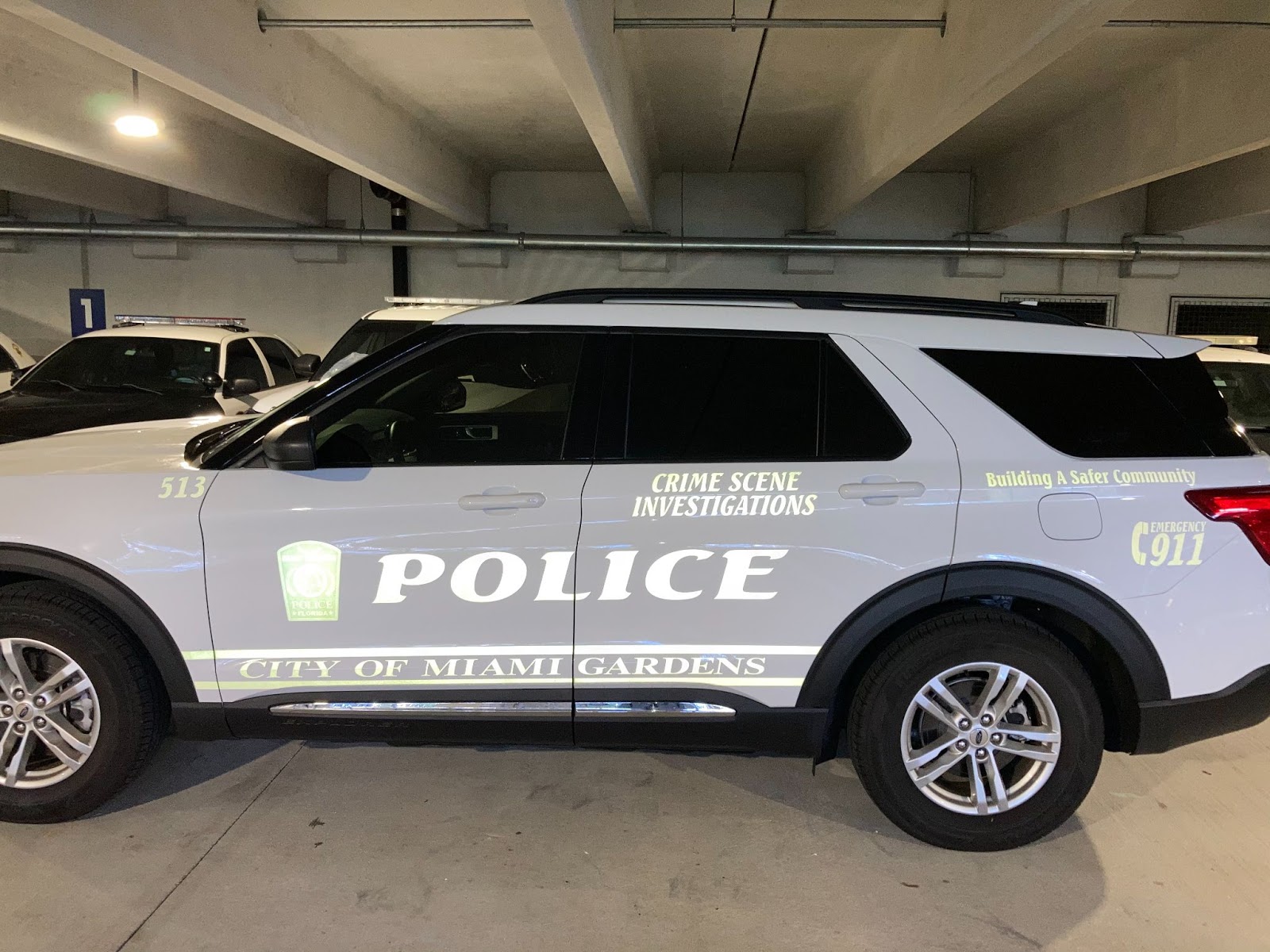 Why Ghost Police Car Graphics Are Becoming So Popular

When modern police departments set out to redesign their fleet, opting for police car ghost graphics is an increasingly popular choice. We are even seeing entire police department fleets changing to ghost graphics. These graphics, also known as stealth graphics, blend in with the vehicle’s paint color. That makes it easier for law enforcement to catch people who are breaking traffic laws or other infractions.

The vehicles still contain all of the important information police cars should include, but you must be closer and in substantial lighting to see them.

For decades, there have been a number of reasons why we are using undercover police vehicles. From serving undercover missions to stopping traffic violations while they’re happening, they are a common presence on roads across the United States. Police car ghost decals are very similar. However, instead of having no identifying information, the graphics are almost identical in color to the vehicle. If a civilian is close enough and in the correct lighting, they will know it is a police vehicle. But for people driving by, the car will look more like a civilian vehicle than anything else.

These are particularly useful for highway patrol officers who are trying to reduce dangerous speeding and other dangerous driving practices. Often, if a driver sees a police car ahead, they will slow down until they pass. Then, once the police vehicle is out of sight, they continue speeding. This puts not only that driver but other drivers and pedestrians at risk.

When law enforcement fleets utilize police car ghost decals, the vehicles themselves are easily identifiable. However, it is not immediately clear that it is a police vehicle. This is important because it’s easier for law enforcement to spot and stop dangerous drivers before they hurt themselves.

(By the way, if you are interested in learning more about police car graphics and the different options available to your department, view this article next: The Ultimate Guide to Police Car Graphics)

In addition to the functional benefits of police car ghost graphics, it also provides a sleek, stylish look many departments are after. If you’re considering updating your fleet, this is one option you don’t want to overlook!

What Design Elements Should Police Vehicle Ghost Graphics Have?

What’s most interesting about police vehicle ghost graphics is that they are built to blend in with the color of the vehicle, rather than to contrast and stand out. However, they tend to include most, if not all, of the same information that is usually displayed on other police vehicles.

Reflective Or Non-Reflective Ghost Graphic Design: Which is Better?

Now you know the purpose of police vehicle ghost graphics and the different design elements to choose from. Next, it’s time to talk about reflective versus non-reflective designs. Both can be a great choice for police vehicles, but there are certain considerations to keep in mind to help you make this choice.

The two primary considerations are this: whether increased vehicle visibility is preferred or if an unmarked look is best.

Increased vehicle visibility: There are many reasons police departments want their ghost cars to still have some visibility. With reflective designs, it is easier for other drivers to spot these vehicles in the dark. This doesn’t mean they will know it’s a police vehicle. What it does mean, however, is that it’s more likely to catch their eye which can reduce collisions. If a police officer in a vehicle with ghost car graphics pulls someone over and they are standing on the road, reflective graphics can also make the vehicle more identifiable to keep the officer and the person they have pulled over safer.

Unmarked: There are also times when a more unmarked look is requested. In that case, police departments opt for non-reflective decals. These provide less visibility, meaning the officer can operate more undercover and draw less attention to the vehicle. With ghost graphics, we typically suggest that at least some portion of the police and sheriff’s car graphics are reflective to increase safety at night.

As you can see, these considerations tend to come down to balancing visibility and safety. At Graphic Designs International, we are here to help you do just that.

(Are you also interested in getting additional inspiration for your fleet? Try this post next: The Top 10 Emergency Vehicle Graphic Design Ideas)

The majority of the ghost kits are cut pigmented vinyl. This means they will have extended life without fading. Additionally, it means you get a better return on your investment in police vehicle graphics.

With our experienced and expert team designing your police car ghost decals, you can be sure to strike a balance between your vehicle being somewhat undercover, while also visible enough to protect your officers and the public. This balance is especially helpful during evening hours with their ability to remain incognito for speed enforcement zones and not be too distracting for vehicles around officers during regular operations.

Would you like more guidance on selecting the best police vehicle graphics for your fleet? Whether you’re interested in traditional graphics, police car ghost graphics, or graphics for other emergency vehicles, we are here to help. As the only nationwide fleet graphics company dedicated to police, sheriff, fire rescue, security, and the public safety community, you can be sure you are entrusting your fleet graphics to a trusted source when you work with us. 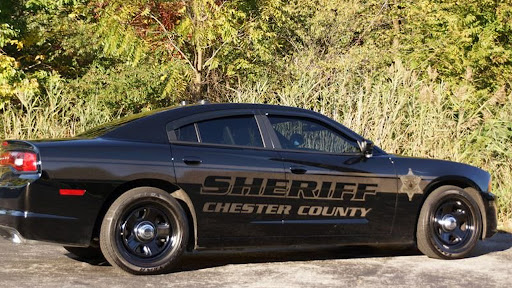 Whether it’s a police, sheriff, or security vehicle, the law enforcement vehicle graphics displayed on your fleet serve a number of important purposes. Beyond creating 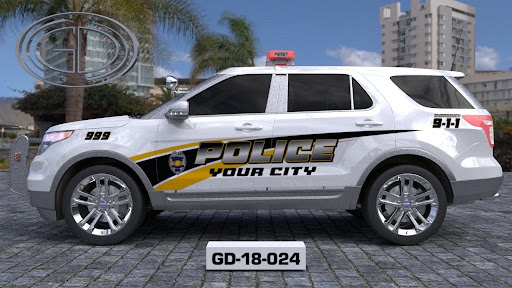 What are your options when it comes to police car decals? Should you stick with vibrant, colorful decals? Or are matte black and white decals 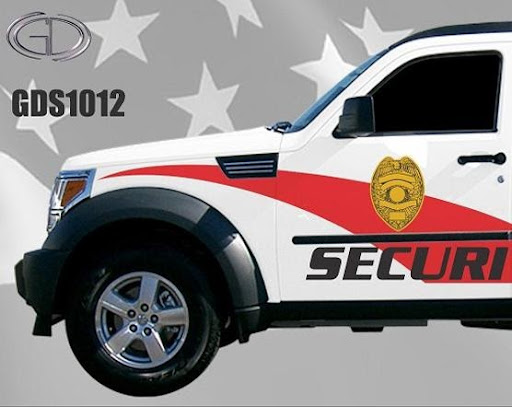 How Custom Security Vehicle Decals are Designed and Made

Security vehicles play a powerful role in keeping public spaces and businesses safe, along with protecting the people who visit them. In fact, the mere 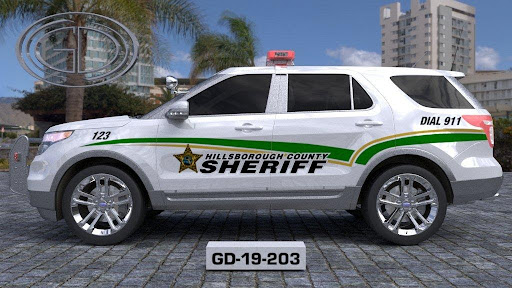 What Kind of Sheriff Vehicle Graphics Should You Select for Your Fleet?

Are you in the process of selecting new sheriff vehicle graphics for your fleet? We know this can be a complicated and overwhelming process. With

You’ve made the decision to upgrade your existing fire rescue fleet or design a completely new one—that’s great! But your work isn’t over yet. Next,

Let us make your fleet vision a reality!

SPEAK TO AN EXPERT NOW

Please fill out the information below and one of our account managers will reach out to you shortly.

READY TO DESIGN YOUR DREAM FLEET? REQUEST A QUOTE TODAY!

Please fill out the information below and one of our account managers will reach out to you shortly.